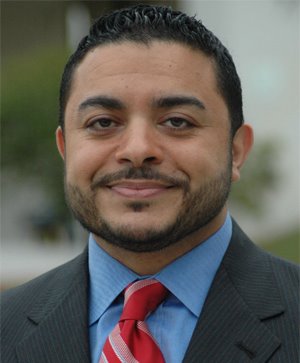 My name is Ahmed Bedier and I'm the Director of the Central Florida office of the Council on American-Islamic Relations, aka CAIR. CAIR was established in 1994 to promote an accurate image of Islam and Muslims in America. CAIR has grown to become America's largest Muslim civil liberties and advocacy group, and is headquartered in Washington, D.C., with 31 regional offices and chapters nationwide.

I frequently lecture on Islam, media relations, civil rights, hate crimes and the Mideast. I have appeared in local and national media advocating and articulating the Muslim position on issues.

Concerned about a growing divide between faiths, I've worked to foster understanding among the different religions, by participating in local and national interfaith groups, and hosting interfaith dialogues. As a practicing Muslim who is fluent in Arabic, I hope to build bridges across ethnic, racial, political and religious lines.

Like CAIR, I have always and continue to unequivocally condemn all acts of terror, violence and hatred by any individual, group or nation. Regardless of where it takes place.

Disturbed by society's ignorance of Islam, I joined CAIR in 2002 (as a volunteer) to help be a voice of reason in the post 9/11 world. When the volunteer work became overwhelming, I joined CAIR as a full time director in 2003.

Since 9/11, I've been labeled by others as a spokesman or leader for the Tampa Bay and Florida Muslim community. In reality I don't see myself as a leader, but as someone who is struggling to please God by serving mankind.

The internet is a great source of information, but it is also a ruthless place of misinformation. God willing I hope to use this site to pass-on articles of interest, examples of my media work and to dispel any smears or attempts to defame my character or skew my words.
Posted by Ahmed Bedier at 1/02/2005

I FIND IT INTERESTING THAT THE MODERATE MUSLEM COMMUNITY ARE VERY UPSET ABOUT A COUPLE OF CARTOONS. HOWEVER DON'T BAT AN EYE TO THE BOMBING OF INNOCENT PEOPLE AND MURDER IN THE NAME OF ALLAH. WHY DON'T MODERATE MUSLEMS POLICE THE RADICAL MUSLEMS AND TAKE AN ACTIVE STAND AGAINST THEIR BEHAVOIR?

To the previous anonymous,

I find it interesting that moderate jews get upsets about people using their right to free speech and protest. Why don't they bat their eyes on radical jews killing palestinians in the name of kosher? why don;t they take an active stand on it