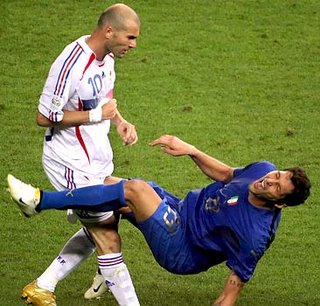 And Zidane wasn't wearing a turbin with a bomb in it. So that proves that those cartoons were just Islamophobic propoganda. And Pat Robertson claiming to leg-press 2000 pounds proves that the Christian God and the Islamic God are the same. (Don't bother reading the Bible and Quran to compare for yourself). Perhaps a few riots to protest the supposed insulting of Zidane would be in order.